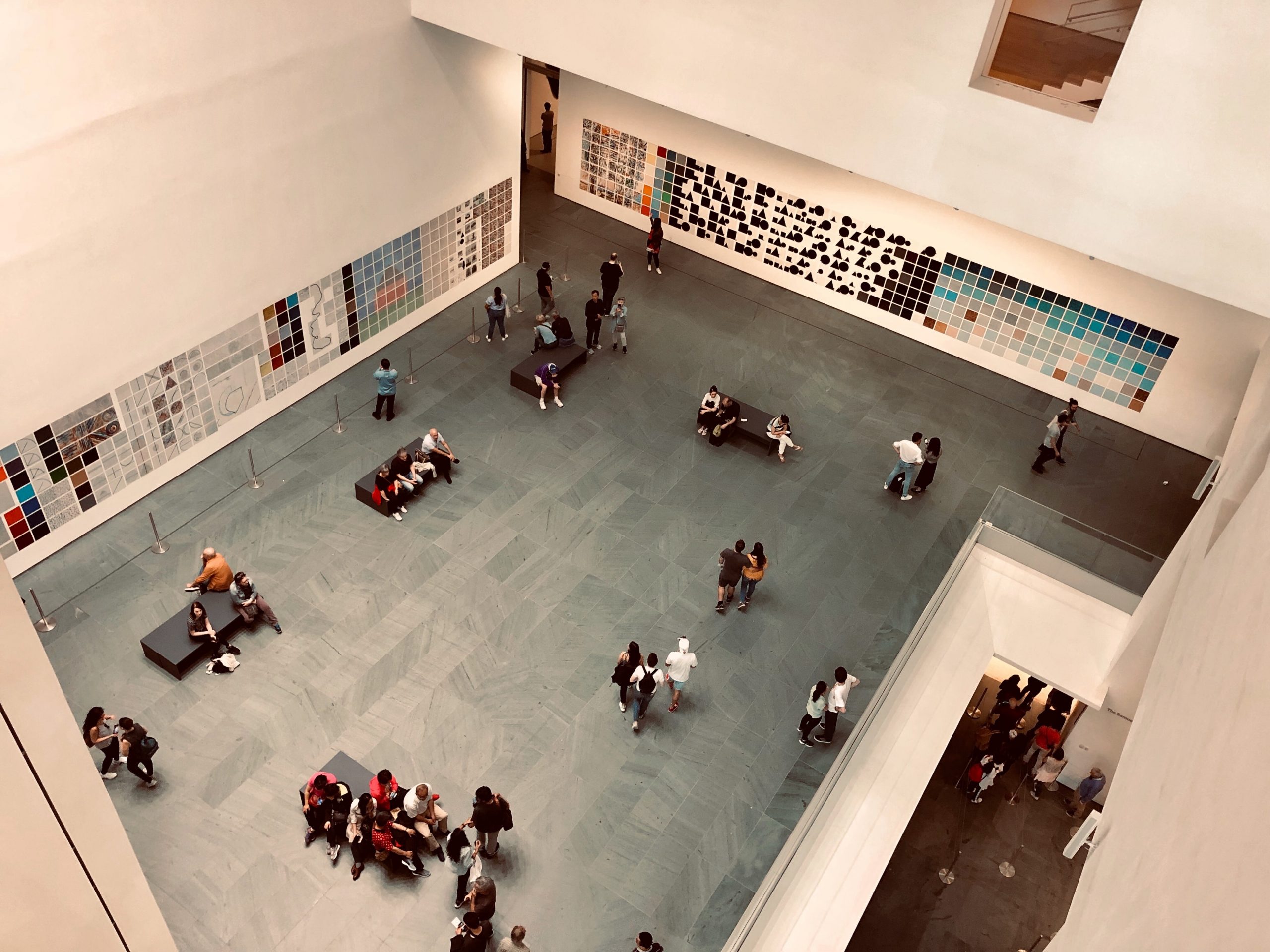 Photo by Alex Palmer on Unsplash
In partnership with: Foreign Policy

Over the past four years, a number of post-Soviet oligarchs have made headlines for their direct involvement in U.S. politics. By some counts, nearly a dozen oligarchs landed in the crosshairs of Special Counsel Robert Mueller’s investigation into Russia’s interference in the 2016 election, with several more coming under scrutiny during President Donald Trump’s recent impeachment saga.

These oligarchs’ financial activities in the United States, however, are by no means limited to politics or connections to political interference campaigns. Instead, they extend to a range of philanthropic activities, much of which has gone previously unreported.

A new database compiled by the Anti-Corruption Data Collective reveals that seven of these post-Soviet oligarchs connected to interference efforts have donated between $372 million and $435 million to more than 200 of the most prestigious non-profit institutions in the U.S. over the past two decades. The list of recipients covers the gauntlet: from prestigious think tanks like the Brookings Institution and the Council on Foreign Relations, to world-renowned universities such as Harvard and the University of Southern California, to cultural icons such as the New York’s Museum of Modern Art (MOMA) and the Kennedy Center in Washington D.C.

Although some of these donations have been previously reported, our research offers the most complete overview of the role of post-Soviet oligarchs in the largely opaque world of philanthropy. To pull back the curtain, we pulled together information from private companies such as NOZA (which aggregates data on donations to U.S.-based foundations, think tanks, universities, and other organizations) as well as IRS 990 forms and annual reports over the past two decades. (There are no allegations of any illegality in any of the donations, and the authors are happy to share specific examples upon request.)

A few caveats: Because no comprehensive database of philanthropic donations exists in the United States, we cannot identify every donation made by the oligarchs, particularly ones to smaller institutions that might not leave a paper trail. Additionally, the publicly available documents we accessed often only capture the monetary range in which each donation fell, rather than its specific value. Therefore, some of the numbers cited are estimated based on these ranges.

But taken together, the staggering donations we managed to compile, which come from either the oligarchs directly or via the companies or foundations they run, raise significant questions about how U.S. organizations scrutinize money they receive. The gifts also highlight the urgent need for changes in the ways these institutions oversee such donations—and the ways the U.S. government oversees such institutions.

The most obvious question is: Why exactly do these oligarchs bankroll think tanks, universities, cultural centers, and religious groups? Unlike kleptocratic networks that stash their cash in assets such as real estate, hedge funds, and anonymous shell companies, there’s no possibility of money laundering through philanthropic donations.

Rather, the gifts appear to follow two specific threads. On the one hand, donating to institutions such as think tanks may be about establishing a potential toehold over policy decisions in Washington. Indeed, such considerations have helped spark recent calls for greater transparency within American think tank funding, with many failing to disclose details about their substantial donations received. This month, the State Department specifically called on think tanks to “disclose prominently on their websites funding they receive from foreign governments, including state-owned or state-operated subsidiary entities.”

The second primary reasoning behind such donations relates to so-called reputation laundering. Broadly speaking, reputation laundering refers to donors positioning themselves as philanthropists, obscuring links to prior business practices and relations with sanctioned oligarchs or kleptocratic regimes. That is, oligarchs use these donations—and the willingness of institutions to accept the funds without any pushback—to soften and whitewash their own personal images. Reputation laundering can also extend to national governments as well. For instance, some of the gifts in the database appear to be in the pursuit of softening Russia’s image abroad.

Our analysis points to a glaring hole in the U.S.’s anti-kleptocracy efforts. Much as hedge fund managers, shell company operators, and realtors face no legal requirements to check their clients’ finances for potential signs of money laundering, so, too, are the institutions mentioned above—universities and think tanks, cultural institutes and foundations—perfectly free to receive funds with few if any questions asked. That is, unlike American banks, there are no due diligence requirements in the realm of charitable donations.

Of course, accepting such gifts doesn’t come without its own costs, for both the recipients and the broader public alike. By not adequately doing their due diligence, charitable institutions can face blowback from laundering the image of foreign billionaires who, in some cases, have been directly involved in efforts to upend American democracy. Recent spates of activism have caught universities in the crossfire for investing in private prisons and fossil fuels. Accepting millions of dollars in funds from suspicious figures could trigger similar scrutiny and backlash.

Such concerns are not just hypothetical. In multiple cases, British universities have suffered significant reputational damage from taking money from post-Soviet oligarchs. For instance, the University of Cambridge found itself embroiled in a financing scandal after a multimillion-pound gift from a foundation linked to Dmitry Firtash, a Ukrainian oligarch at the center of Trump’s impeachment (and currently awaiting extradition to the United States). Numerous news articles linked Cambridge to Firtash both before and after his 2014 arrest—with articles continuing to come out in the American press, given his role in the Trump impeachment saga.

Some in the broader public might welcome the generosity of oligarchs towards cultural and charitable institutions that desperately need the funding. But in this case, the ends cannot justify the means: Many oligarchs have unfairly exploited economic opportunities in their home countries only to pivot to a new and better life in the West. If the United States is serious about promoting democratization and economic justice abroad, it cannot blindly accept the proceeds of such looting, even if they find a home among institutions it values. The opacity plaguing philanthropy also obscures how powerful elites can use charitable contributions to achieve political aims and push their own interests above the average voter.

Thankfully, there are ways to manage these risks. More transparency is needed, ideally through a centralized, publicly accessible database with information on donors and donations. A forthcoming paper from the National Endowment for Democracy regarding oligarchic funding for American and British universities (“Foreign Funding, Authoritarian Influence and Reputation Laundering in the University Sector in U.S. and U.K.”) recommends a “comprehensive, searchable list of all donations (foreign and domestic) over a modest threshold,” as well as “the identity of donor, amount and major stipulations,” all of which should be a perfectly acceptable threshold to American universities—and should set a model for the think tanks, cultural centers, and foundations mentioned above.

But transparency isn’t a panacea. To that end, these institutes and their governing bodies should provide greater details regarding gift acceptance policy, including “the ethical guidelines and core principles that all donations should conform to,” as the NED paper mentions. They should also create formal committees to review donations. And when it comes to vetting these donors, there must be greater emphasis and effort at conducting due diligence. Not only should all potential donors be vetted for the sources of their wealth, but extensive searches should be implemented for any and all negative news coverage. Charitable institutions should consider accessing basic systems other financial entities (like banks) use to identify potential “politically exposed persons” (PEPs), such as the PEP database offered by LexisNexis. Given that these PEPs undergo enhanced scrutiny when trying to access the American financial system, there is no reason they shouldn’t face the same scrutiny when routing their cash to nonprofits.

After all, more research is also needed on the risks of unscrutinized donations originating from Chinese state entities, Gulf kleptocrats, or others. U.S. institutions have hoovered up hundreds of millions of dollars in suspect post-Soviet funding—and it will only be a matter of time before we figure out how much more money linked to suspect foreign sources has helped support these institutions, as well.

This article originally appeared on foreignpolicy.com 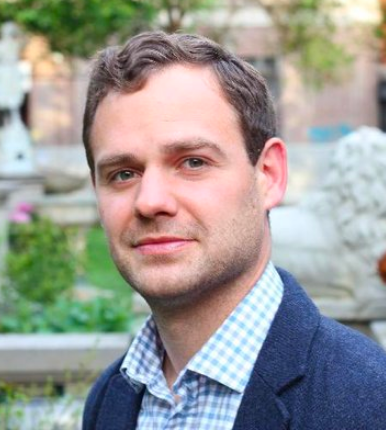 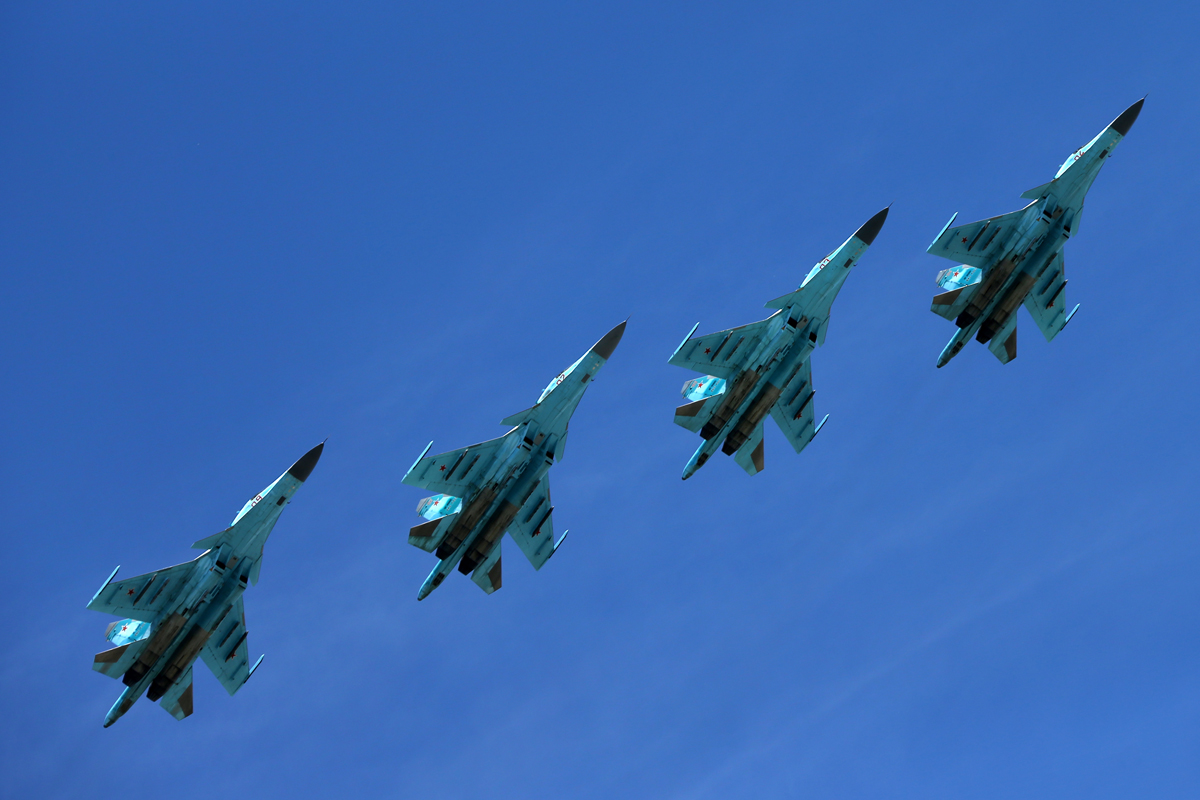 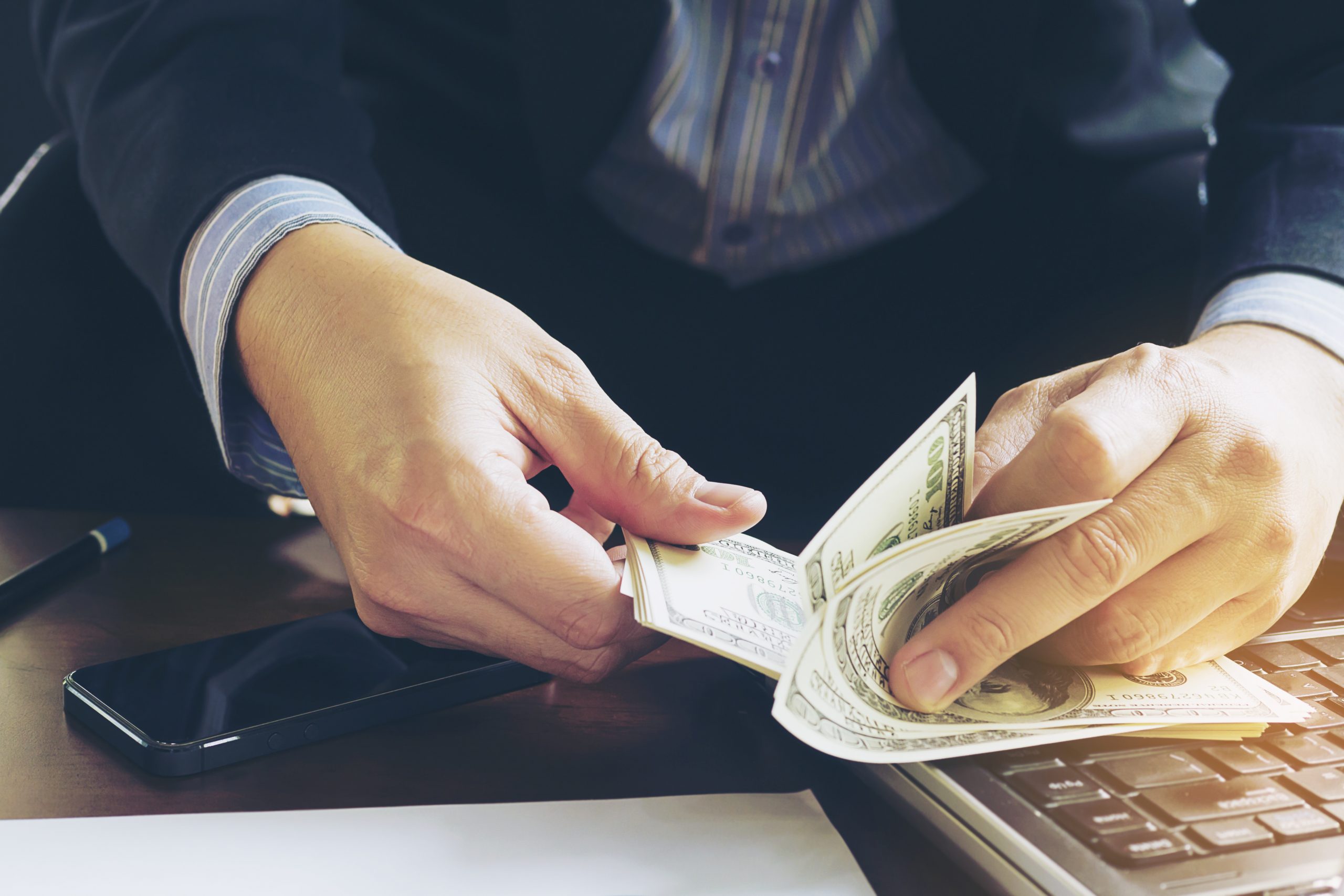 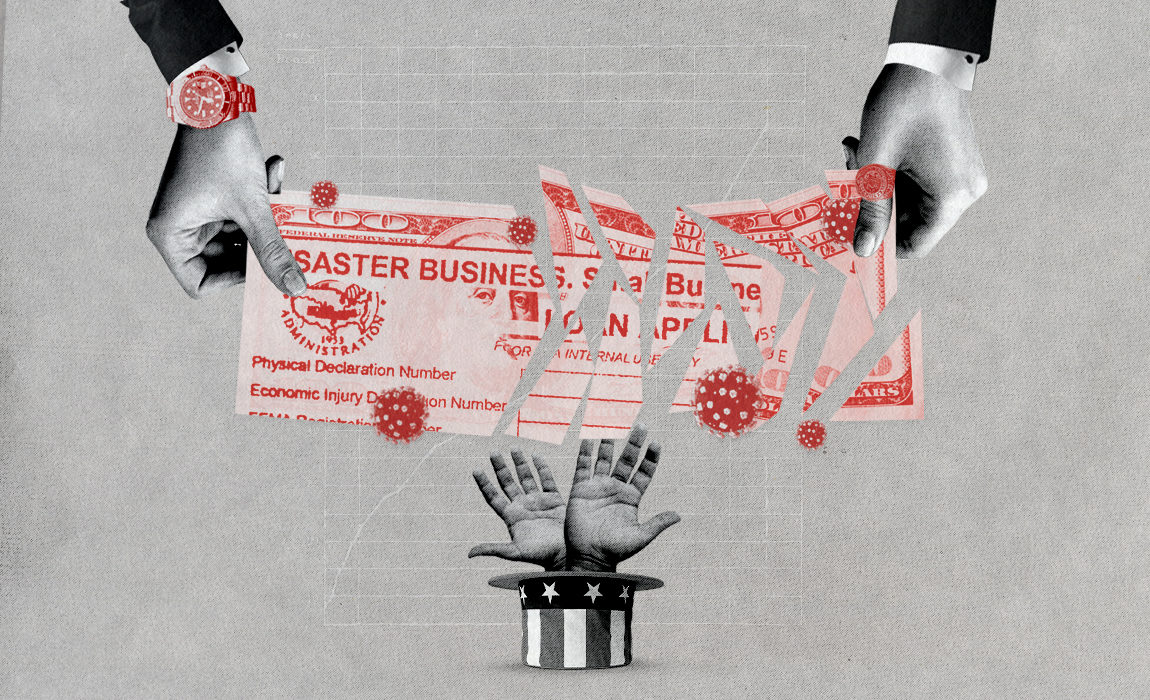